During the final beta test, I managed to capture screenshots of the artful intro and I dreaded the thought of having to do story all over again. However, this time I got to do it with my bestie, Schaffi, and we mastered Gliding. Woohoo! I didn’t really notice a big difference in comparison to what I had done in the first beta but what I said that was missing, which was my buddy was now accounted for. 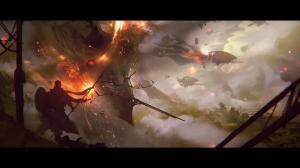 In order to go to another area which requires gliding means you have to master it, right? Well I’ve had to complete missions how many times just so I could get that mastery unlike what is at the moment earned by doing hero challenges. I find it better that way to earn masteries because it is quicker and if you don’t like certain events like how we dislike completing certain hearts in a map then it becomes an area that will leave a waypoint contested just like those in the Straits of Devastation and Malchor’s Leap. Ended up using Revenant again although I wish I had tried the new elite specializations instead.

Another news update on my part is that I finished completing the world map using my Necromancer. My big speech before the final PoI being “Never will I do this again for another character.” If I do, it would be too soon. I can’t imagine myself doing that all over again. My 2 main characters are my Necro and Mesmer but I wouldn’t do it again even for my Mesmer. 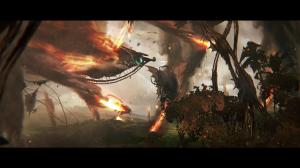 Last but not least, I will be updating you on our latest project, our new channel all about online gaming, tabletop games, and animes uploading reviews, how-to’s, and general overviews. Keeping you posted for scheduled livestreams and new uploads.